The sixth edition of the Marvin on the Rock event was hosted by Mélissa Désormeaux-Poulin and Patrice Bélanger, presented by TELUS and organized under the honorary chairmanship of Louis Vachon, President and CEO of National Bank. The event raised the record sum of $325,000 for Marie-Vincent Foundation!

Once again, Marvin on the Rock showcased corporate leaders who have no musical experience but take to the stage to deliver an unforgettable musical performance. Florence K and Éléonore Lagacé provided musical direction for the event. They guided the singers in their preparation, in choosing their songs and in their on-stage performances.

The singers experience stress and stage fright, and they leave the stage completely transformed—a nod to the courage that children show when they break the silence around their experiences of sexual violence.

Marvin on the Rock is a totally unique event that has quickly become a must-see that brings people together to benefit a great cause.

To see photos from the event, visit the Marvin on the Rock Facebook page.

Thanks to our sponsors! 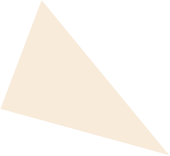 This year, it will be NovOMBRÉ!

The Circle of Young Leaders of the Marie-Vincent Foundation has decided to adapt the 2020 OMBRÉ event.

The Souper des CFO is back for an 12th edition!

On May 13, 2020, at Entrepôts Dominion, Montréal’s top chefs will be paired up with CFOs from Québec’s biggest corporations to concoct a gourmet feast for 150 CFOs and other professionals from the business community in the aim of supporting Marie-Vincent Foundation.

The seventh edition of Marvin on the Rock will take place on march 19 2020!

OMBRÉ: $65,000 for the Marie-Vincent Foundation

The OMBRÉ evening, organized by the Marie-Vincent Foundation’s Young Leaders Circle, brought together more than 250 guests on November 7 at Bain Mathieu. Foundation spokesperson Mélissa Désormeaux-Poulin and the event’s patron, comedian Léane Labrèche-Dor, were on hand.